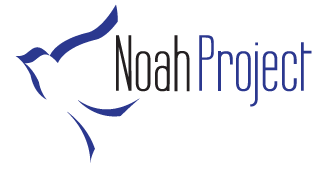 en EspaÑol
Home
About Us
Get Help
Contact
Donate

Dating Violence - Love Should Not Hurt!

What You Need to Know About Dating Violence

Unfortunately, dating abuse is surprisingly common. Both women and men can be hurt by partners who abuse and control them physically, sexually, emotionally, and in other ways. Nobody deserves to be treated with disrespect or to be abused by their partners, but dating violence can be difficult to identify and hard to escape.

If you are worried about yourself or someone you know, this site can help you learn more about dating violence and how to stay safe.

Dating violence is about control. Dating violence happens when one person in a relationship uses abusive behavior to control the other person. The abuse is often physical, but not always.

Physical abuse is more than just hitting. Physical abuse includes any use of size, presence, or place. It may also involve objects like tools or weapons. Destroying your things, crowding your space, holding you so you can't walk away, driving you out to the middle of nowhere - all are actually types of physical abuse.

Sexual abuse is common in abusive relationships. Sexual abuse is any sexual behavior meant to control, manipulate, humiliate, or demean another. It is usually well hidden, and it can be very difficult to talk about. Sexual abuse creates confusion, humiliation, guilt, shame. Such actions as unwanted touching, forced sex, or even forcing you to dress a certain way or watch others are examples of sexual abuse.

Keeping you away from your friends is not okay. Cutting someone off from friends and family is very common in abusive relationships. Your partner should not make you feel bad about hanging out with friends or make you feel guilty if you want time to do your own things.

Economic abuse is about more than just money. Economic abuse involves cutting off or limiting your money, but it also includes any time your partner keeps you away from the things you need to be successful. Economic abuse could be taking away your school books, messing up your homework, making you pay for things you don't want to, or hiding your cell phone.

Abuse can happen to anyone. Abuse and dating violence cross all of society's boundaries: it doesn't matter if you are rich or poor, white or black, gay or straight. Abuse gets worse over time, so even relationships that start out perfect can become abusive later. Abuse is not your fault. Abusers usually blame their victims. They say that it's your fault for not doing what you're supposed to, or they will say that you made them lose control or that you pushed them too far. Nobody deserves abuse. If your partner is hurting you, it's not your fault.

Abuse gets worse over time. Violence in relationships happens slowly - it usually starts off as cruel jokes, teasing, or hurtful remarks. Once the victim gets used to being teased, the partner's behavior gets more and more hurtful. Your partner won't change. He may say that he "loses control" because of stress, drinking, or anger management problems, but violent behavior is always a choice. You will not be able to change him. You will just get more trapped in the relationship.

The best way to escape abuse is to avoid it. Abuse gets worse over time as the victim becomes more controlled. There are early warning signs that can help someone get out of a dangerous relationsip early.

Warning signs of abuse start small. Some of the earliest warning signs are easy to overlook, because they don't seem like a big deal at the time. Things like calling you constantly or always being with you are fun when you first get together, but these actions can be big trouble if they become unwanted. Mean jokes and teasing may not seem like much, but they can also be the beginning of much worse verbal and emotional abuse.

Look for signs of power and control:


How can I tell if someone is being hurt?

When someone is being hurt by a dating partner, there are often (but not always) signs that something is wrong. If you know what to look for, you can recognize abuse and help a friend who may be in a dangerous relationship.

Things to look for:


How Can I Tell if Someone Might Be Abusive?

Sometimes the best way to identify an abusive relationship is to look for warning signs that your partner is abusive.

Things to look for:

Breaking up is the most dangerous time. If a victim of relationship violence is going to be seriously injured or killed, it will most likely happen as that person tries to escape the relationship. It is important to plan for safety and make sure that you tell people who can be part of your safety plan.

Staying Safe on a Date

Plan to be safe. Escaping an abusive relationship takes planning, whether you're leaving an abusive home or breaking up with a dangerous boyfriend. At its most basic, safety planning is just thinking ahead about your situation: try to predict what's going to happen and come up with a plan to avoid danger.


Safety Planning for Breaking Up

Breaking up is hard, and you will probably have mixed feelings about ending your relationship. It's hard to leave a relationship that has been a big part of your life, and it's difficult to break up with someone you care about.

Friends are very important. Friends are often the most important lifeline available to someone caught in a bad dating relationship. If you're worried about a friend that you think might be in a bad situation, here are some ways to help.

Talk to your Friend

Guys can be victims of dating violence. Men are more likely to be sexually abusive or to physically injure their female dating partners, but guys are just as vulnerable to many of the non-physical types of dating abuse. Guys are vulnerable to being financially taken advantage of. They can be emotionally and verbally abused, and a jealous girlfriend can keep them away from friends or isolate them socially. When men are verbally or emotionally abused, it becomes harder to deal with because they are much less likely to recognize that what is happening to them is abuse, and they are usually too proud to seek help.

Same-sex relationships can also be violent. Both men and women can experience dating violence at the hands of a same-sex partner. Since gay relationships are often kept secret, the violence is even more hidden. Teens in same-sex relationships often feel more isolated, have fewer people to turn to for help, and are subject to control by partners who threaten to "out" their orientation.

Men must be part of the solution. There is growing recognition of the fact that men have an important role to play when it comes to ending violence in relationships. Being strong and masculine should not be about keeping "your" girl in check or controlling your partner. Both partners in a relationship deserve respect, and being a man is about standing up for what is right. Use the links below for more information about how men can work together to stop relationship violence: